What You Need To Know About The White Poppy

It’s been a few years since I first came across “the white poppy movement”, and it caught my attention. At first my reaction was visceral- how dare they disrespect the red poppy and the veterans? Then, I began to take a step back and look at it from both sides of the argument, and it struck me as interesting.

While I recognise that everything can’t all be “roses” and in certain instances war may be difficult to avoid, we have to ask ourselves- how well has the guns, bombs and nuclear helped us so far? There has to be a point when we have to ask ourselves what have we REALLY learned from the after effects of war? Every time a war crisis creates yet another war child or child soldier, another war widow and another conflict ravages yet another area on this planet- we NEED to assess our progress.

Though, I fully and wholeheartedly respect the unyielding sacrifices our war veterans and currently serving members of the military have and continue to make on a daily basis; making decisions which allows me the safety to even be writing this post. Despite that, I would be remiss if I didn’t say that I do not support war of any kind. I have always found myself flinching during film scenes with gore and death, especially when it involved the military. It is a job, I know I would not have the strength or wherewithal to do. Despite all this, when we say “lest we forget”, what do we really mean? What are we meant to not forget? The lives lost? The devastation caused? The hate and evil which led us to war in the first place? If we are to ensure we don’t forget and ultimately not trivialize the very depth and magnitude and damages of war, why are we so cavalier when it comes to wars? Why do we even celebrate a “victory” without batting an eye for the defeated? Just what was the COST of this “win”? What exactly did we win? War costs millions of dollars, it creates jobs, but it also creates destruction, not only of countries and land, but destruction of us as humans. The number of members of the military suffering from PTSD, depression and alcoholism, just to name a few, is exorbitant, because of this I believe we fail our service men and women every time we glorify and trivialize war. It’s not a game where everyone gets to go back to a happy home without damage, real lives continue to be at stake. So, I support and sympathize with the movement, because I believe one hundred plus years is long enough to look at another alternative…After all, the main reason they gave up their lives so freely was so that we would only have ONE war and do it NEVER AGAIN… I’m not necessarily agreeing that the White Poppy position is 100% valid, I merely believe that it is time for us to allow space for discourse.

With this White Poppy movement now coming to light, for the large majority of us, it’s hard not to think about the impact that it leaves when it sometimes feels as if it’s overshadowing the Red poppy that we have grown to look forward to every November.

I don’t agree with war by any means, it’s devastating to think of all the millions upon millions of people who were fathers, brothers, sons, mothers, sisters and daughters, who gave up their lives for me to have the ability to live mine freely. I’ve always been a sucker for history, and the movies that have been created to reflect events that we could not imagine for ourselves. A movie can never do justice to the true events, but for me, having the opportunity to put a “face” to the name of a person who allows me the liberty to walk out of my house within being afraid that I need an escort, makes me smile.

I understand the importance of the White Poppy movement, I just don’t know how I feel about it appearing in a physical form, during the (very sad to say) one time of the year, that we remember the fallen soldiers of the First and Second World Wars. the movement is important, don’t get me wrong, the timing is very strategic (good on them), but a part of me feels disappointed in humanity. 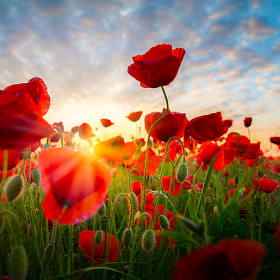