Winter-sminter. I don’t like it so much that I actually forgot to post this in time! Yikes! 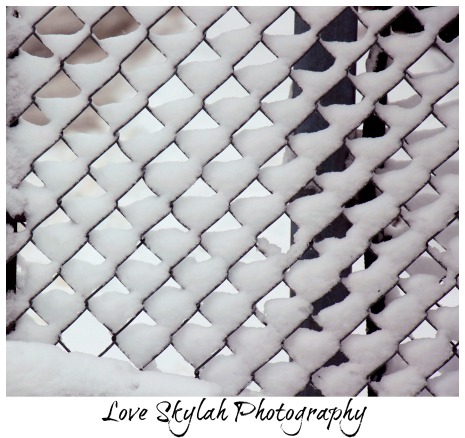 I try to see beauty even in things I don’t like…such as winter and snow and the cold and the windshield and the ice…you get my point. Lol. So, after a particularly windy and snowy day, I spotted the way the snow looked in the fence at my work and took the pic.

Hard to believe, but this shot was taken at the beginning of the month, when spring was playing with out hearts. Fully dangled the prospect of fresh flowers and no snow…#urgh

Hard to believe, but this shot was taken at the beginning of the month, when spring was playing with our hearts. Fully dangled the prospect of fresh flowers and no snow…only to hit us a couple days later with a FULL on snow storm. #urgh

Some days, I wake up and actually like to see snow, those are not the days I’ve hit my head, usually it’s a mild day and the snow is merely a backdrop and not trying to kill us. Those are the days I like. Fresh snow on bushes kind of shot. 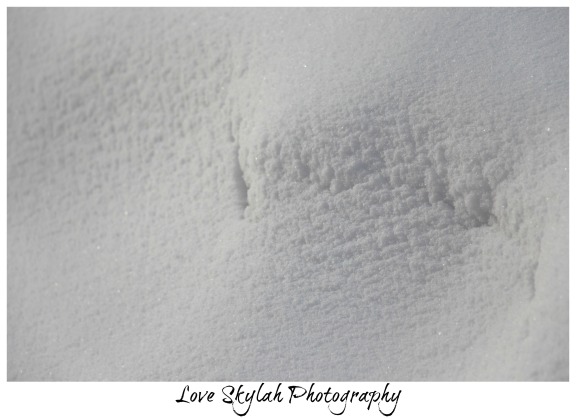 I’ll have to admit, I’m not sure what I was going for in this shot, I think I was taken in my the sparkling “diamond like” shine of the snow on the bank. The photograph, really doesn’t do it justice as it really was very pretty with the naked eye. I promise.

I love this shot, it reminds me to always look up; metaphorically and literally. There is honestly utter beauty in so so many things and no matter how you’re feeling, you really can and should find beauty in all things and if all else fails, nature has got yo back!