Everyone’s got an idea of what their “perfect” family is, from the gender, possibly their names and most certainly the number of children they’d like to have…well I (R1) wasn’t that person. I admit that at around 12 or 13, I might have dedicated a couple pages in a scrapbook to my potential family, but as life progressed it was quickly forgotten. Cue entering a stable/long term relationship and eventually my pregnancy and the questions then began- so when do you think they’ll have a sibling?😑 I haven’t had the 1st yet…let it marinate, k? Thanks. Well, she is now 4, going on 14, I wish I was joking, so for this blog post, grab a drink and let me clarify why she WILL be an only child. 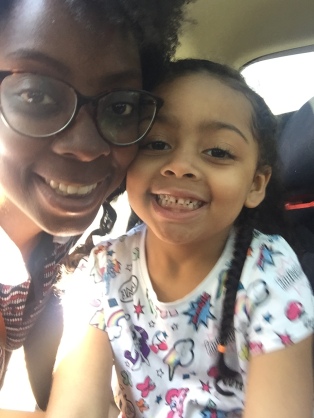 While this post isn’t an official and “easy” way to let people know to kinda stop asking; this isn’t my intention, my intention is to share some of the reasons, emotional and some logical, in which I (R1) have decided NOT to have a second child. I’ll start off by saying- no it is not for medical reasons, my pregnancy was pretty normal, apart from being preeclamptic towards the end, which meant she needed to be evicted early, there is no medical reason I cannot have another child. So! That basically means I’ve made the full on decision for myself. I will also specify that the decision has come fully from my camp, while my partner would like to possibly have another, it is I who has rejected the notion. Yes, I. It is, after all, my body which will go through the work of housing and eventually evicting said baby, I fully believe I should, after all, make the final decision. I won’t be changing my opinion on that front…but you can try 😑. 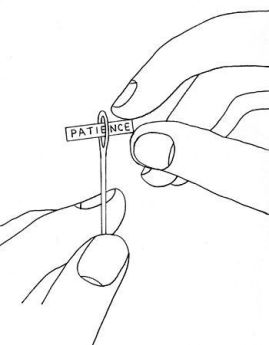 I will openly admit that I can be impatient sometimes…ok often times…geez. There is nothing like a child to test your patience at the best of times and while there’s no guarantee of anything in life- I’m pretty sure I cannot manage another child like my daughter. She is basically me, in a small compression canister, which has an outburst on most days 😩. Though I believe I am able to give a balance of fun, tough and love, there are days that she is seriously trying. I know myself and I know my limits and I know what I can and cannot handle. I have previously blogged about the adjustment it took for me to settle into my role as a mother and the overwhelming feeling I felt with a human relying on me 24/7 (10 Things I Wish Someone Had Told Me About Motherhood), for this reason, I don’t want to revisit that feeling again. I had a great first 6 months with her, she was in some ways far too easy. She ate well, slept even better and crawled and walked earlier than she needed to and because of this; I didn’t feel challenged. Before you roll your eyes, trust that at 4- I am now being CHALLENGED! 😩 But because of this, I was able to do a lot of things which allowed me to bond with her and to this day, we are extremely close- she makes me feel confident and unflawed- because she loves me so purely and so unconditionally. I can already see how upset she gets when I tell her that I am disappointed in her behaviour sometimes. Because of this, I can’t imagine having space in my heart for another. I can’t imagine being able to give and dedicate the same amount of time, attention and love to a second child. I say this because I am a second child. I know that each birth position comes with its own “drama” or perceived feelings of rejection or competition, but trust me when I say- I could never compete with my older brother. He was taller, more athletic, more outgoing, more charming and got away with murder- he could sell you a chocolate teapot. Then there was me, who had zero interest in playing sports, I didn’t really want to do extracurricular activities, was forcibly dragged to all of his activities and was lucky if my one piano recital landed on a day that didn’t clash with a basketball or football game or tournament. Before you say it, I’ll say it for you- second children are always

opposites to the first, they always have to be different- yup- that was me and growing up I sometimes felt like I had to fill in the motherly role, because bro no 1 wasn’t doing it and as I was the eldest girl- it was supposed to be a natural role. Which did upset me in the hormonal years? Don’t worry, I’m not knocking my bro- he had his reasons and his perks- because ain’t nobody messed with me in high school. That being said, I wouldn’t want a child to feel that because of decisions I had made or didn’t make, they felt sidelined or ignored being second. I will be honest, when I look at my friends with more than one child, invariably whether they do it intentionally or not, there is always a child who seeks more attention and I’m not talking for medical or development reasons. With my one child, I already feel torn and pulled in many directions, I don’t know how I’d cope with another and then the ultimate guilt I would feel when I felt I wasn’t balanced in my attentiveness. Believe it or not, I am quite happy to be a family of 3.

I don’t know how to write this without sounding judgy or bitter, but I believe when two people embark on the journey that is parenting- it should be a shared experience. Of course, it begins as an external process from a male point of view, but once the child is welcomed on this earth, there aren’t many men cannot do. In my relationship, I didn’t/don’t have that, the majority of the child rearing rests on my shoulders. Where I wish I can tell you it is because he works abroad or does a lot of travelling, that isn’t the case he’s just not hands on. This for me was one of the main realizations after having my daughter, I was lucky to have a lot of help from my sister, mother and the rest of my family. Whether that made him feel left out or the fact that I had help, he didn’t need to push through and help me when it came to just the 3 of us…I’m not sure. Either way, how could I welcome another child in which I would have to look after on my very own, while not really being alone?

So yea, I’m fully aware that the decision is somewhat for selfish reasons, but I believe that no matter what others want for you, it is ultimately you who has to live your life. It is me who has to see my reflection across the mirror and a 2nd child isn’t in my plans. And besides, it’s 2018- I can make the choice for myself. Done. Do you have children? How did you decide when you’d had enough children? 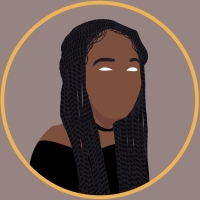