There has been a lot of buzz, recently over this film. We have to admit when we first came across it a couple of months ago, we thought it was a new Netflix original tv show; not a film. Moving along, as soon as it was available to watch, this past weekend we were so excited to see what all the fuss was all about! Read on to see our very first RnR film review!

Violet Jones; a successful, marketing executive, who for all intents and purposes has it all together; a beautiful house, a handsome Dr boyfriend and great friends. She has an obsession with maintaining her straight hair, her obsession is so intense she even gets weather updates from her assistant. Her obsessions kick into high gear when she stumbles across a Tiffany box and assumes her boyfriend intends to propose to her on the night of her “surprise” birthday party. After her hair accidentally gets soaked on the day of her party- this sends her into a panic and desperately she takes an appointment with a new hairdresser. She meets Zoey, a young girl with natural hair and disdain for Violet’s insistence on straightening her hair. She then swaps the conditioner for a relaxer and then begins Violet’s dramatic hair journey. After some of her hair falls out, she puts in a weave, then has a dramatic chop and dyes it blonde and lastly on a drunken whim, she decides to shave her hair and thus begins her journey of “self-discovery” through her hair.

Overall Sentiment: Meh. While I appreciate the sentiment and the importance of the topic, I was left more than a little bit disappointed because, at the end of it, I didn’t feel it challenged my thoughts enough. I will fully raise my hands up and admit that I have not read the book, so maybe I would have another feeling had I read the book. I felt that with such a big and thought-provoking topic, within the Black community, Violet’s character didn’t challenge some of the reasons she insisted on the “perfect” straight hair. It seemed like an easy cop out to simply blame it on her mother’s need for perfection and keeping up appearances. I felt like some ideas could have been challenged more, especially the idea of success. I also cringed when the plot line evolved into her being torn between two men 🙄, I honestly hate these type of story lines. Yes, I would have preferred her finding herself or being true to herself without the aid of testosterone skewing her emotions or hormones. I also didn’t like after having an aha moment when her ex-boyfriend appeared to move on so quickly, she realises that if he loved her so much, why didn’t he fight for their relationship? Yet, when he shows up months later to pick up his things, she is so quick to sleep with and get engaged to him. That left a sour taste in my mouth because she falls back into her old ways so so easily. 🤢 I would have preferred her to be stronger and more self-assured, but I suppose it showed her as a complex person because we can’t all be strong at all times. I felt like the film could have been more direct in its challenge of the idea of “good hair” within the Black community, overall, I felt like it was a palatable film for non-African Americans and not aggressive enough on challenging our deep-rooted dislike for our hair in its natural state. 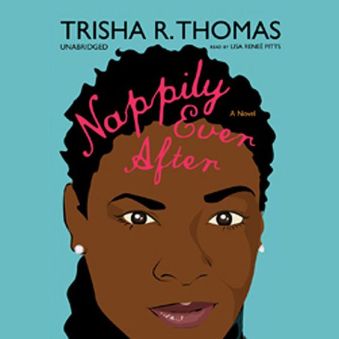 Hmm what can I say, I’m a true sucker for gushy storylines. Much like R1, I wasn’t feeling the fact that Violet went back with her first boyfriend and was OK with accepting his marriage proposal, right after she had discovered who she was, separate from her hair. It just seemed a bit too predictable…I suppose I was not surprised that he showed up, but perhaps I just expected her to at least consider taking him back and the climax would have been him somewhat going back to his old ways.

I definitely loved the idea of a strong African American female lead, who continued to be an example for the next generation, no matter what she decided to do with her life, Violet always made sure to do things with Zoe and to simply be there for her. For sure there could have been more on how Violet helped Zoe take care of herself and perhaps Violet saw Zoe as a way to “start over”, to help Zoe avoid the difficulties that she went through. Overall, I enjoyed the movie. I’ll be the first to say that I’m a sucker for soppy endings, but I like that the ending left things open to interpretation. I was happy that Violet chose her own happiness and success in the end vs searching for it with a man.

Would I recommend the film?:

It wasn’t a difficult film to watch, and it has some moments to chuckle at, they were careful to include moments which would be nostalgic for Black women and it touched ever so slightly on topics worth discussing. We would recommend the film as it opens up the conversation, so we can’t knock that…give it a watch and let us know what you think!