This month has been a bit of a stale one when it comes to inspirational or awesome photography content…which I suppose is normal for this time of year and to be honest, I kind of hibernated. But, I did get some lovely flat lays for the blog, so I suppose there’s that! 🙂

“Winter Staples”
This is one of my favourite flat lays for a while, I love the tones and shades of the colours. I wanted something that worked for this time of year, with the knit, but also needed to have colour, because I’m not a monochrome kinda gal!

“Snow Pattern”
Because it was a cold day, but we had a snow storm the day before, I really wanted to take some shots, but I didn’t want to venture in the -30 weather or it would need to be quick, I opted for taking shots on the balcony. I liked the way the snow looked on the pattern of the chair, I chose to take the shot on an angle so that it wasn’t straight, because I wanted to do something different.

“Neveah Ball”
I found shooting the snow with the lens ball very hard, because it’s just so much white and you can’t catch any inspo from one massive colour in a ball. That being said, I did try- lol. As I was busily trying to get a good shot, Neveah was happily making a snowman and I caught this shot of her as she walked past the ball. It was one of the best shots I got or simply put it was the one I liked the most, but we also all know I was being overly critical of myself.

“Balcony/Snow Shot”
Another balcony/snow shot. Lol, for mostly the same reason as the last one.

“Zodiac”
This is just a pretty shot I took for the blog, mostly as a filler- I kind liked how it looked. I bought these necklaces for R2 & I, and thought it was a cute idea to shoot it lying/hanging on something. Pretty happy with it, I don’t really have much of a story over it- lol.

“Spectacules”
Another shot created for the blog, I kinda scoured the house to look for things that would fit the look I wanted to achieve in my mind and to be fair this is a nice shot! Humbly. One of the reasons blogging has continued to be fun for me, is because I love the fact that it allows me to be creative in lots of different aspects. 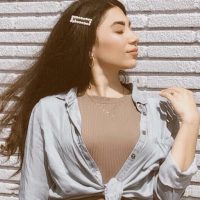 A Fashion Blog
Reading with My Eyes